Why Kuwait has to adapt and change now

Kuwait has nearly 10 per cent of the world’s known oil reserves, and one of the largest sovereign wealth funds in the world. However, despite this prosperity, Kuwait lags behind other countries with much lower per capita incomes on a number of criteria, including education and healthcare. Kuwait continues to suffer as its economy focuses on oil and little else. This means that Kuwait’s economy continues to be subject to the volatility of energy prices. To make matters worse, the majority of citizens are employed in the public sector with low rates of economic productivity.

Kuwaiti lawmakers have a moral obligation to be honest now with citizens. Kuwait has a number of serious issues that must be addressed with urgency.. </em

First, Kuwait needs to diversify its economy away from oil, which accounts for 90 per cent of all revenues. High oil prices should prompt an acceleration of reform efforts in order to ensure a “soft landing” for everyday citizens who may be affected.

Second, non-capex expenses dominate government spending. Last year, wages and subsidies totaled KD16.3bn and constituted 75 per cent of the total expenditure of KD21.8bn. Last year, Kuwait’s finance minister indicated that, unless these expenses are curbed, Kuwait’s general reserves could be at risk of depletion by as early as 2020.

Third, job creation is imperative. Assuming that Kuwait’s unemployment remains stable at 5 per cent, its labour force, at current growth rates, could increase by 80 per cent by the year 2030. That’s approximately 21,000 new jobs required each year. According to a member of Kuwait’s Supreme Planning Council, the number may be as high as 400,000 to 600,000 jobs over the coming 15 years.

Finally, Kuwait suffers from being located in a volatile region that inherently, deters foreign investors. However, Kuwait’s Emir, Sheikh Sabah Al-Ahmad Al-Sabah, a diplomat par excellence, enjoys huge international respect, which translates into respect and security for Kuwait as well. This soft power can be channeled to support a key objective of ‘Kuwait’s Vision 2035’: maximizing inbound foreign investment.

There is little disagreement as to the measures needed.

Kuwait’s experience with privatisation historically has been glowing, with companies such as Agility and Zain emerging from sleepy government-owned companies into dynamic, international market leaders. In turn, their success engendered significant job creation in Kuwait. Unfortunately, there has been little momentum since. It is critical now that efforts are made to identify all state-owned enterprises and functions suitable for private ownership.

Kuwait’s businesses are overly regulated. Everything from school tuition fees and mortgage levels, to food prices are subject to government controls. While politically palatable, it hinders the supply side of free market dynamics and deters foreign direct investment. If job creation in the private sector is expected, regulations need to be eased significantly in order to spur economic growth and encourage foreign investments and the transfer of knowledge and technology.

The central refrain from Kuwaiti businessmen is that the main obstacle to new investments is not the lack of capital, but the lack of land and constraints on labour. Delays in approvals and permits for private industrial projects lead to even more delays in securing land. Kuwait needs to look for reference to Taiwan, which recognised that the most effective industrial development strategy is not just to enable private businesses, but to proactively nurture them.

The central refrain from Kuwaiti businessmen is that the main obstacle to new investments is not the lack of capital, but the lack of land and constraints on labour. Delays in approvals and permits for private industrial projects lead to even more delays in securing land. Kuwait needs to look for reference to Taiwan, which recognised that the most effective industrial development strategy is not just to enable private businesses, but to proactively nurture them.

The project to develop 200 sqkm in northern Kuwait, known as Madeenat al Hareer, is a necessity, not an option. Kuwait needs it to attract foreign investment into its infrastructure, logistics, real estate, healthcare and financial sectors. It is needed to create jobs. Any suggestions that foreign investors are not necessary ignore geopolitical and economic realities. Success of any reforms will require coordination among a number of governmental bodies, and the shielding of bold initiatives from political interference. Kuwait’s citizens were historically among the most industrious in the world. Almost 200 years ago, long before the discovery of oil and with scant natural resources, Kuwaitis developed large fleets of sea vessels and created dynamic economies by opening themselves to the world. It’s time Kuwaitis reclaimed their legacy. 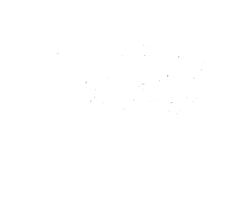